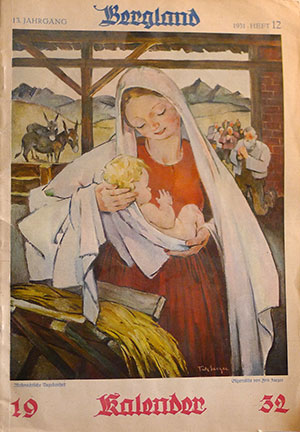 Oil on canvas reproduced on the cover of 'Bergland' magazine, Issue #12, 1931. Attribution: 'Oil painting by Fritz Jaeger'. Dimensions and whereabouts of the original are unknown. 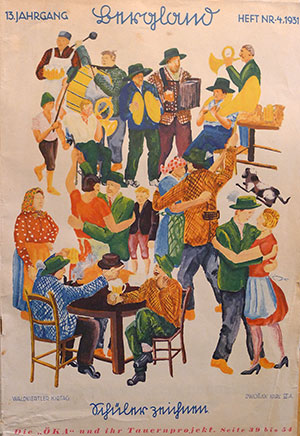 The cover, as well as a major illustrated article in 'Bergland's' issue #4, 1931, was devoted to the remarkable work of Fritz Jaeger's art students at the 'Realschule' in Vienna's 19th District. 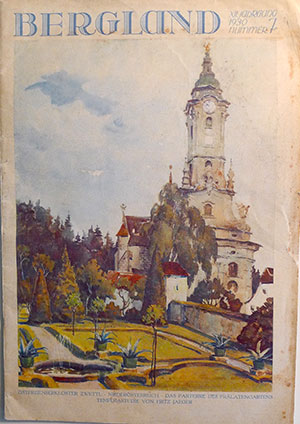 The Monastery Gardens at Zwettl*

Tempera study of the Cistercian Monastery's gardens at Zwettl, Lower Austria reproduced on 'Bergland's' cover, issue #7, 1930. Dimensions and whereabouts of the original are unknown, 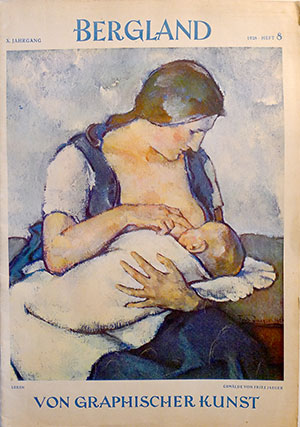 Oil on canvas 1926 (?), reproduced on the cover of 'Bergland's' issue #8, 1928. Dimensions, current whereabouts of the original are unknown. See also (1) 'Mother and Child' under 'Austrian paintings' which shows a photo of the original painting in its buyer's home; and (2) a later acrylic version under 'American Work'. 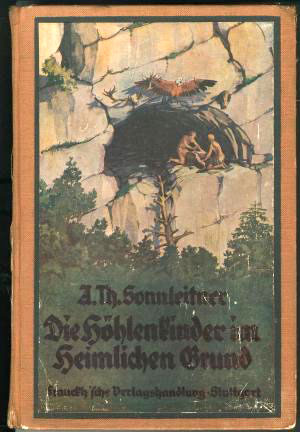 The first of a three volume educational adventure story by Alois Sonnleitner, whose covers and extensive illustrations were designed by Fritz Jaeger between 1919 and 1920, just after he returned from Italian captivity as a prisoner of war. The books describe the survival of two youngsters cut off from civilization, paralleling human progress from the stone age to modern time, starting in Volume 1 with their life in caves. The trilogy became a classic in German children's literature, was reissued in multiple editions before and after World War II, was made into a German, then an Italian TV series, and is still in print. 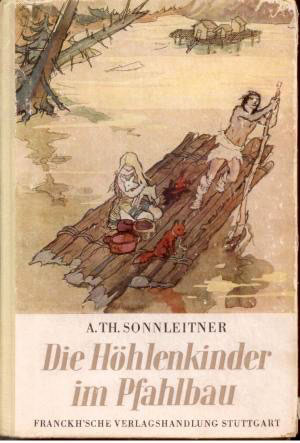 In the second volume the youngsters have learned to construct a pile dwelling in an Alpine lake. 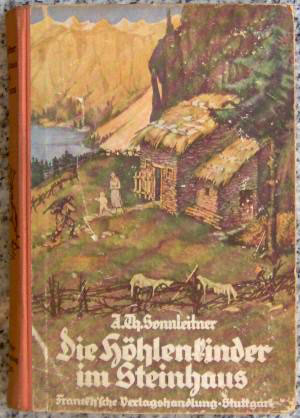 In the third and last volume they have progressed to a rough stone house - not too different from poor peasant dwellings. 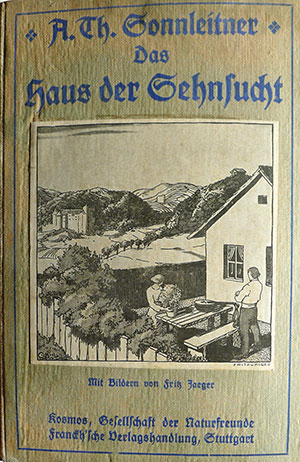 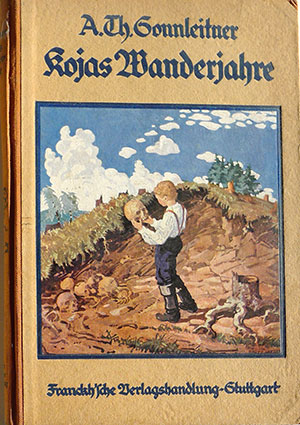 Describing events leading up to Volume I, this book, illustrated by, now Professor, Fritz Jaeger was published in 1925, 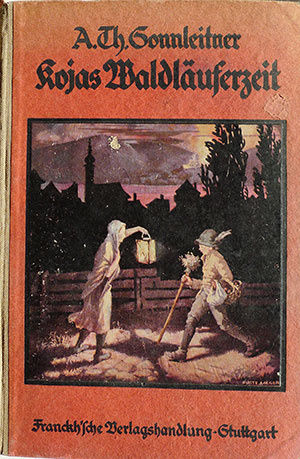 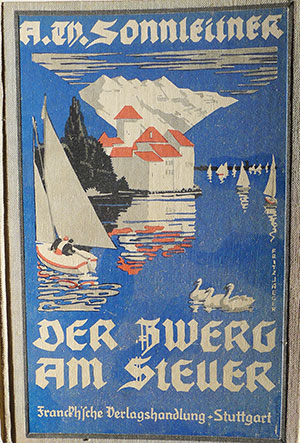 Another youth novel about humans helping each other, by Alois Sonnleitner illustrated by Prof. Fritz Jaeger, published 1927. The meaning of the title is that even dwarfs can help steer the boat of life... 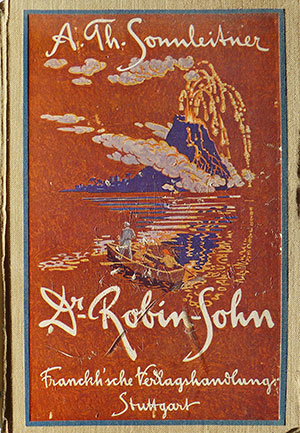 A travel tale building on the Koja series, illustrated by Prof. Fritz Jaeger and published 1929. 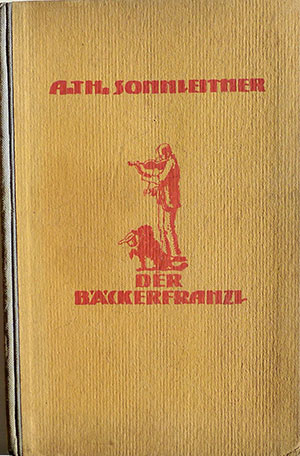 A morality tale about a wandering fiddler boy who finally succeeds, by Alois Sonnleitner, illustrated by Prof. Fritz Jaeger, published 1927. 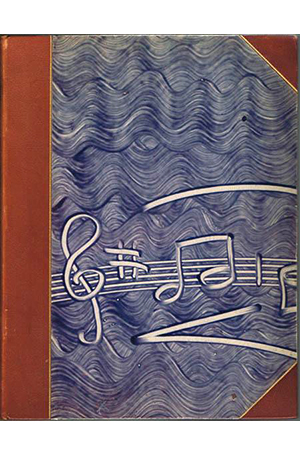 Design for the Frontcover of the Deluxe Edition of R.H. Bartsch's "Der Geiger von Salzburg”*

(The fiddler from Salzburg), designed and illustrated with six full page plates by Fritz Jaeger, 1921. 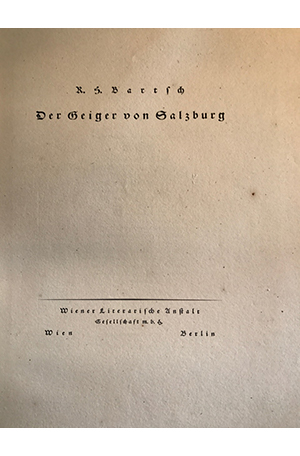 (The fiddler from Salzburg), designed and illustrated with six full page plates by Fritz Jaeger, 1921. 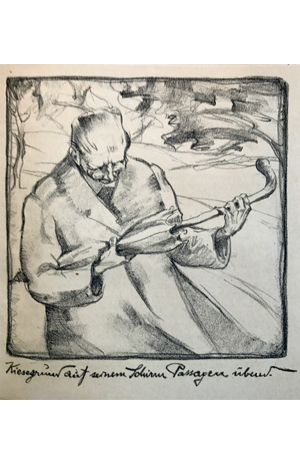 Practicing Violin Passages on His Umbrella

One of the six illustrations in this book, a few copies of which are still available on the antique books market. 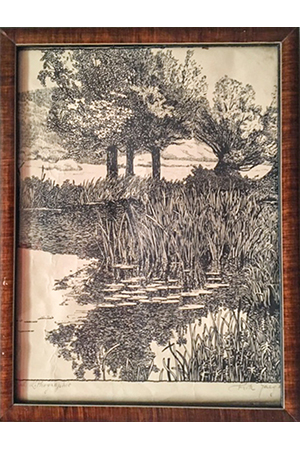 Reeds on a lakeshore

Only known lithograph, probably from the early 1920’s. Acquired by private collector at an Austrian flea market and donated to the Jewish Museum in Vienna.

All contents © 2021 Jaeger. All rights reserved.