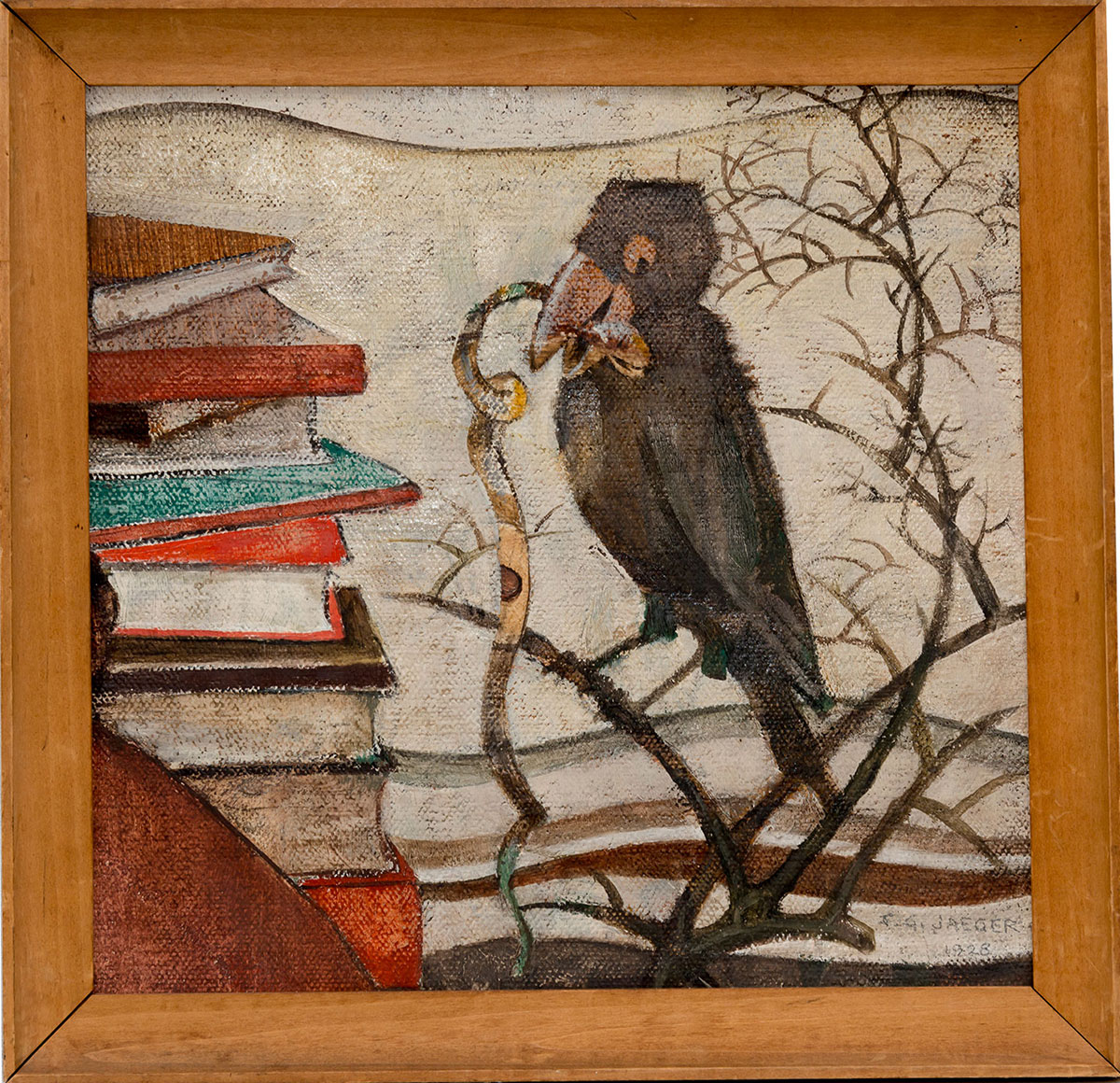 Unless otherwise indicated the paintings and drawings shown here are in the collection of the artist's son, George Jaeger. The black and white photos, recently found in family albums, are images of twenty-some additional works whose current whereabouts are unknown A number of early drawings and sketches, as well as many lesser paintings from his later years have not been included.

The descriptions under each work were drafted as carefully as possible, although in some cases they are based on fragmentary recollections and incomplete notebooks. Since many of the works are in their original frames and some are covered in the back, measurements may not be rigorously precise, but are the best possible given these limitations.

The condition of the works is generally excellent, allowing for the extent of their travels and their age.

Warm thanks are due to Max Kraus of Middlebury, Vermont who tirelessly photographed most of the images shown on this web site, as well as to Gina Barrett and Brian Bock who made the creation of the website possible.

All contents © 2021 Jaeger. All rights reserved.